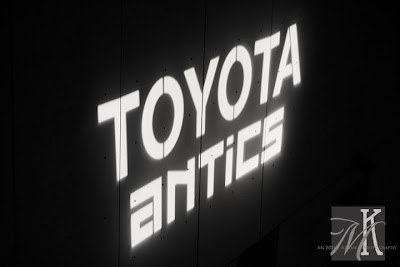 Toyota Antics, Filter Magazine and Pierpont Place all teamed up to host THE official Dew Tour After-Party on Saturday September 18, 2010. This is the third year for us and with the recession still effecting business, the Dew Tour pulled all of it’s after parties except ours 🙂 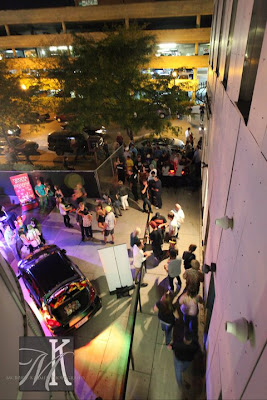 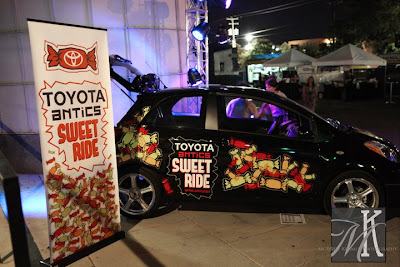 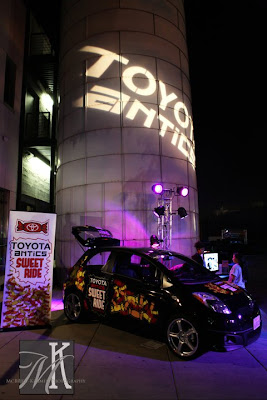 I was lucky enough to catch up with Monique from Filter Magazine just prior to the event to briefly chat about what presence Toyota Antics and Filter Magazine has on big events such as the Dew Tour. She informed me about Filter Magazine’s quest for featuring up-and-coming artists mostly from the L.A. West Coast music scene along with their East Coast affiliates. She is lucky enough to travel to music festivals and block parties amongst other exciting events. 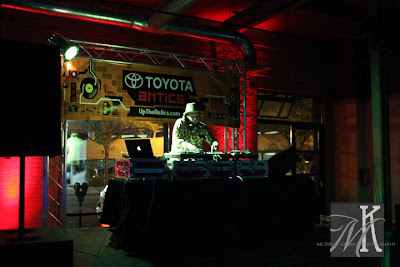 Toyota’s “Sweet Ride” consists of a Toyota Yaris in treat wrapping loaded with tons of candy along with the Toyota game car complete with old school arcade games.
A special photo booth was provided for guests along with a custom silk screen station in which you could design your very own T-shirt. Passed hors d’oeuvres were provided by Cosmopolitan Catering. Some of the delectable appetizers included: sesame chicken skewers, sliders, moroccan chicken, sweet pepper hummus and edamame served in bamboo cones.
DJ sets were performed by Hollywood Holt-straight outta Chicago and Salt Lake’s very own Flash and Flare.
Underground Distillery featured their new herbal bitter that has a surprisingly similarity to Jagermeister, that mixes well with any beverage. The owners of Underground attended this event to promote Ogden’s own distillery (a big shout out to the locals here!) Rooster’s, also from Ogden provided local beer for this even. Thanks to everyone for their amazing diligence and hard work in executing such a magnificent event!