‘Twas the Day After Christmas

Twas the day after Christmas, when all through the house
Not a creature is stirring, not even a mouse.
The presents were opened, ribbon strewn everywhere,
With hopes that the candies, the kids would dare share.
My doggie is nestled all snug in his bed,
While visions of chicken cookies danced in his head.
And boyfriend on his iPad, and I in my sweats,
Had just settled our stomachs with appetites not whet.
When out in the street there arose such a clatter,
I sprang from the couch to see what was the matter.
Away to the window I flew like a flash,
Tore open the shutters and threw up the sash.
The moon on the breast of the still falling snow,
Gave the luster of mid-day to objects below.
What to no surprise my eye should appear,
A ten-car pileup, each one hit from the rear.
With a little old driver, oblivious and confused,
I knew in a moment he would be verbally abused.
More rapid than eagles, accident participants they came,
And they screamed, and shouted, and called him bad names!
“You’re old! You’re blind! You shouldn’t be driving!
C’mon! Let’s go! A license is something you shouldn’t be striving!
Let’s call the police down to this mess!”
The old man was sad, and embarrassed as you could guess!
And then, in a twinkling, I saw on the street
A little girl dancing and eating a treat.
She asked the old man why all the people were yelling,
He said, “They are mad,” their emotions quite telling.
The girl implored, “Why are you mean to this cute little man?
Did your Christmas spirit go down the can?
He made a mistake and it will all work itself out,
It’s a time for understanding.” She said with a pout.
As I stood in my house, looking out the window,
I was happy for these ten drivers whose commute turned so slow.
She reminded them of the true meaning of the season,
With that she had given all our mornings a reason.
She spoke not a word, but continued her walk,
And the people they looked at each other and began to talk.
Apologized and smiled, while exchanging information,
Being pleasant and smiling all through the day’s duration.
I moved back to the couch, to give my family a hug,
And we all grab a drink and began to chug.
But they heard me exclaim, as the wine disappeared out of sight,
“Happy Christmas to all, and to all a good-night!”
By: Lana Linhart 🙂
Happy Holidays from all of us at Pierpont Place!!!! 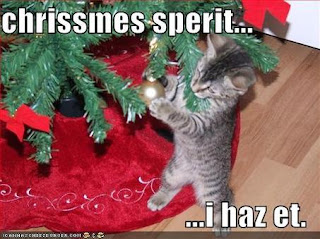 Join us in supporting local musicians, local small businesses, and local charities, all while safely enjoying a night out on the town!

These intimate events have strictly limited and separated seating. Each private VIP lounge has a maximum number of guests (between 4-8 people) and is safely distanced from all others. All ticket packages include:

Antipasto/crudité platter for the table

Shows kick off July 10 with the infamous Saliva Sisters!

Check out the line-up and get your tickets today!